You are here: Home / Books / Save Angelina 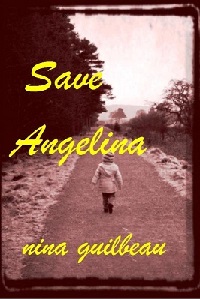 Have you ever wanted your opinion as a reader known, before the book was published? Readers of the Women’s Fiction Club were able to do just that by reading chapters and voting on the direction of the story! The first novella in a series of Women’s Fiction Club Presents is Save Angelina.

Melanie McKnight is horrified to discover the murdered body of her ex-fiancé, a prominent senator, gruesomely displayed in her condo. The senator had been stalking her and LT. Thomas West, the handsome and infuriating detective in charge of her case, mostly ignored her pleas for help. Now West acts quickly to whisk her and Mama Aida, the woman who raised her, away without further explanation. Although Melanie is conflicted in her intense attraction to Lt. West, she instinctively trusts him. However, in the course of the next twenty-four hours, Melanie discovers that she has been in danger since she was a child and that nothing in her life is what it seems. In addition, as she realizes that she is in love with West, she must also face the revelation that he has deceived her from their very first meeting.