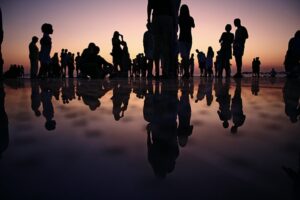 For the record, everyone who is called a racist is not a racist, especially not in the strictest definition of the word. That definition calls for an examination of a person’s beliefs and practices regarding racial prejudice, discrimination and racial superiority. Historically, racists openly displayed their views with society’s complete support. However, changes did occur after years of civil unrest and political pressure. Racists were, for the most part, ostracized within mainstream society, even as they remained strong on the fringe. Was this progress? Yes, but as times changed, much remained the same. Racism proudly reemerged bolder, stronger and more determined than ever. Fortunately, so did the opposition. Within social circles the definition of racist was expanded to include the passive racist supporter. Racial progress demanded it. Unfortunately, it has caused a lot of confusion.

So, what’s a passive racist? It’s a person who supports, assists, comforts, excuses, defends, spread racists views (ex. social media memes), exhibits a racial bias, and provides a safe space for racists to strengthen and practice their craft. This behavior is sometimes in direct conflict of the individual’s true beliefs and that contradiction has inspired another concept – the anti-racist.

Here’s a real life incident to help explain the differences.

When an Oklahoma basketball announcer (and former youth pastor) was caught on a hot microphone spewing the N word to describe high school girls as they kneeled during the National Anthem, he was correctly labeled as a racist. He admitted that the N word is part of his vocabulary and but for a blood sugar spike or the knowledge that he was on live he would have censored himself. In an unguarded moment he characterized these girls by their skin color with a hate filed rant. He later apologized in a PR kind of way. Apparently, his blood sugar had returned to normal.

However, the focus shouldn’t only be on what the racist said, but also on what the other person in the booth with him – the one he was speaking to, did not say.  There was no condemnation of the comments or even a gentle admonishment that the language was personally offensive. The level of comfort he gave the racist to freely express himself means something. It’s called complicity.  Sharing racist attitudes and listening to those who share racist attitudes is a distinction without a difference. In other words, as a passive racist supporter, on some level they were in it together.

Now, a firm pushback could have been made by the other announcer when the racial slurs were used. Of course, right about now is when the free speech argument is introduced and while that is a correct assessment, it’s not the point. We ask people (friends, family, co-workers, strangers) to respect our wishes when it comes to their free speech all the time. We ask that they not use explicit/vulgar words –especially around children. We try to silence people when we don’t want to hear about their sexual exploits, or blasphemy, or to bring this full circle, their reasons for protesting by kneeling during the National Anthem. So, not entertaining racism isn’t about infringing on someone’s free speech or converting the racist. It’s about consciously deciding not to be someone who normalizes or helps spread racisms.

Finally, there are the culturally clumsy who don’t realize their comments/questions are racist, racially insulting or, at the very least, racially insensitive.  For example, it can be offensive to ask a black person if he/she can “tan” as if darker skin is somehow not skin or is impervious to the powerful UV rays of the sun. (By the way the answer is yes and because of the high level of melanin already in the skin, it darkens faster). Also, telling someone their “English is very good” because they look Hispanic is not a compliment, but an unconscious and insulting racial bias. Should these people be labeled racist? No, but they should be educated to stop making assumptions and to try to self-correct when someone explains the offense. (This advice is not limited to racial issues!)

The truth is we all play a part – for the betterment or deterioration of race relations, by choosing to be racist, a passive racist supporter, or anti-racist.  As cliché as this sounds, we can make the world a better, more inclusive place even though we are fatigued by the heaviness of racism and discrimination. It’s discouraging to have to fight the same fight year after year and generation after generation, but we have to. We just…have to.