You are here: Home / Blog / Cicely Tyson – Not an Actress, an Experience

Cicely Tyson – Not an Actress, an Experience 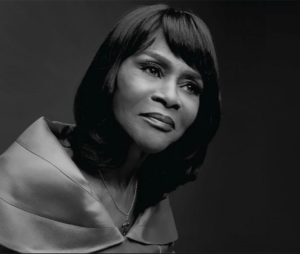 Upon getting the news that Cecily Tyson passed away at age 96, I was surprised. Yes, surprised even at her age. That’s because a woman who made the type of impression on the world that she did is the kind of woman that we tend to think will live forever. Of course, in one respect, she will go on living in many films and television shows that are available on different streaming channels. To be honest, although she has a long list of acting credits, I have only seen a fraction of them. For me, her reputation preceded her and my expectations for any role she played was that she would be exceptional. That’s because the first character that I remember her playing seeped into the depths of my emotions and stayed there.

That role was in the made for television movie, The Autobiography of Miss Jane Pittman. When I watched the film, which tells the life story of a black woman born into slavery who lives long enough to be part of the 1960s civil rights movement, I was enthralled. I don’t remember all the details of the story, but even though I was a child, I remember how it made me feel. I felt history. I felt struggle. I felt the emotional pain. I felt the sting of racism. I felt appreciation and love for those who paved the road before me. I felt great triumph for small victories. I felt all of these things because a little, brown-skinned woman had the power to force them through my television set.

I had the same experience decades later when I watched Episode 13- Mama’s Here Now* on season 1 of the hit television series How to Get Away with Murder. The scene is between Annalise (Viola Davis) and her mother Ophelia (Cecily Tyson). Annalise finds out that her mother knew she had been sexually molested by her uncle and believes the lasting damage of that abuse influences every decision she makes. She thinks it molded the woman she ultimately became (and does not like) and she blames her mother for not protecting her. The conversation that leads to the final moment of explanation by Ophelia and subsequent understanding by Annalise is hard to explain in words, but easy to absorb through feelings. Once again I felt the struggle of being powerless. I felt history (incest and sexually molestation is more prevalent than many can image and seemingly timeless). I felt the strength, pain and determination of a mother.

Cicely Tyson’s portrayals were so genuine that she could make you feel as if you’ve walked in the shoes of the characters she only pretended to be. That is a level all actors aspire to reach. If she was given a good role to play, she could turn it into a great experience to remember…and I will remember.

Rest in peace, Ms. Tyson. You have given us enough to last through the ages.

*It is worth finding this episode to just watch the scenes between Annalise (Viola Davis, who is phenomenal) and Ophelia (Cecily Tyson). I have known women who at some point confess sexual abuse and have adapted to their past with the attitude of Annalise (it’s the source of why I don’t like myself/something is wrong with me) or with that of Ophelia (what can you do but go on?). However, I know that there are many others who will never reveal that part of themselves for their own reasons. They are all survivors who have to be strong every day and deserve our acknowledgement and respect.