You are here: Home / Blog / ENOUGH 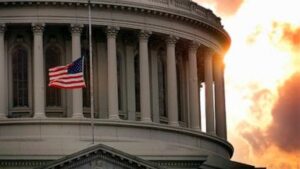 I remember one of the first times I was in the U.S. Capitol. It was on one of my many school field trips to the National Mall in Washington D.C. Even though we were excited children, we knew that we were expected to be quiet and respectful.  Statuary Hall is especially memorable for me for many reasons, as is looking down on the House floor. I was child, but I was in awe. I still have that feeling when I think about the U.S. Capitol and all the historic buildings and museums in downtown D.C. That feeling is what partially fueled my anger and sadness with the spectacle of “Americans” storming the U.S. Capitol on January 6, 2021.

It is embarrassing as the world looks on. It is infuriating that these people were allowed to hold democracy hostage while they vandalized and attacked what should have been one of the safest places in America. Their privilege manifested itself in the minimum security that was given to them, especially when contrasted to the BLM protesters who came to the Capitol previously. Was it assumed that largely white Trump supporters would behave, while mostly people of color would be destructive? Was it assumed they would be peaceful or less dangerous because of who they support, their reason for protesting or skin color? It’s hard not to come to that conclusion, but the current issue we face is beyond race.

This is about the Trump supporting, domestic terrorists (and defenders) who stormed the U.S. Capitol and continue to attack democracy, decency and blur the lines of reality. There are consequences that must happen on a grand legal and political scale. However, change must happen in everyone’s small world, too.  We are at a point where the discussions cannot be focused on “Whataboutism.” Pivoting to blame others (Antifa, BLM, Soros) and distracting from the core issue, which is truth, cannot work this time. We are at a low point in America, but unless the silent majority speak out, it will certainly get lower.

It is everyone’s duty to stop the spread of disinformation (the purposeful spread of propaganda) and correct the misinformation of gullible people spreading false rumors. Staying silent and not wanting to offend your friend, neighbor, co-worker, fellow church member as they loudly participate in spreading false information can no longer be an option. First, know the facts:

Now, we must speak these facts (when appropriate). They don’t have to believe you and you don’t have to try to change anyone’s mind. Just don’t tolerate the nonsense – not in your social media newsfeed, not on your television, not in your private conversations, not at all.

The inmates have taken over the asylum and locked us in. We have the key. It is the truth. Let’s use it.