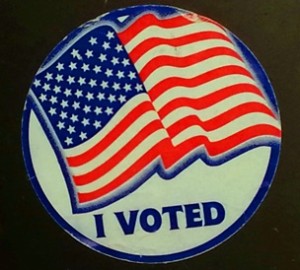 The night Hillary Clinton clinched the nomination for the Democratic Party, I got emotional. I didn’t expect it. As a matter of fact, if you had asked me beforehand how I would feel, I’m almost certain I would have shrugged it off. But when I heard Alicia Keys’ song, This Girl is on Fire, and saw the “glass ceiling” breaking while watching the Democratic National Convention, I got choked up. And I liked getting choked up, feeling what my mother and her mother before her would never feel. Hope for the futures of daughters everywhere. Hope that their roads are paved without the nearly insurmountable obstacles that only one gender must overcome. Obstacles that we really don’t think about as much…until we really think about it.

I came across an article that served as a reminder, just like the moment from the convention. The 2016 election is historic in a GOOD way. It may not mean as much to millennial women who may have taken so many rights for granted, but for those who lived without those rights, this moment is emotional.

A woman has made it to a position where she could be president. Unthinkable…then.