You are here: Home / Short Stories / Browsing Through Time 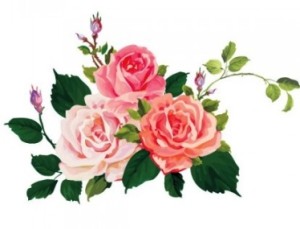 As Published in Sasee Magazine

I’ve always been an excessively private person. A trait, whether a blessing or a curse, that I got from my mother. The thing is I don’t know if I was born craving privacy or if Mom taught me that I needed it like I do food and water. I never questioned her philosophy, but rather embraced it with so much gusto that “exposing myself” through writing has been, at times, a little bit of a struggle for me. I remember how she adorned every window with heavy, room-darkening drapes. Now I think it was because they gave her the power to shut out the outside world – their decorative value was simply a bonus. “You never know who’s watching,” she would say before closing the blinds, the inside sheer curtains, then the heavy drapes across the big front window and finally double checking for gaps. My mother had definitely rubbed off on me, but thankfully, so had my father. Where my mother was tightly closed off from everyone, my dad, well, he was more of an open book. I suppose he had to be in order to record, travel and perform with greats such as Ray Charles, Count Basie and Frank Sinatra. His trumpet solos were part of his daily work life. So for him, in great contrast to my mother, he knew that almost always, everybody was watching.

At times I was able to go with him, but by browsing the Internet (which ironically is the least private invention in modern times), I’ve been given a front row seat to see much of what I missed.

Although I can’t truly sum it up in just a few words, I would guess that my dad’s motto was something like “entertain or be entertained” or perhaps “life is meant to be lived!” At home he was the highlight of every social gathering, telling jokes and funny stories. However, even though he could brilliantly capture an audience, the one thing I admired most about him was his easy going attitude. He was unencumbered with life’s emotional baggage because he knew how to forgive, to be honest and to love without conditions. It saddens me a little when I think about how much time I lost with my father while growing up. He was often away traveling, performing or in a recording studio somewhere, which he explained as a simple, “Daddy has to go to work.” At times I was able to go with him, but by browsing the Internet (which ironically is the least private invention in modern times), I’ve been given a front row seat to see much of what I missed.

Through the Ray Charles online museum I have discovered pictures of him in so many different places and eras. Getting off the bus in Paris, France, with other Ray Charles band members, in a publicity still on the Dinah Shore Show, on the cover of Mimosa, a Belgium magazine from the ’60s and hearing someone call out to him in the darkness of the stage before the lights came up to start a show in Spain.

I couldn’t help but smile hearing my Dad’s casual reply, as everyone waited for him. After all it was only a sold out venue of a show being taped for broadcast on television later. It reminded me of the many times he told me about the movie screening of Shake Rattle & Rock! when, as a member of the Big Joe Turner band, he played during a scene at a dance. He didn’t talk about the movie; he talked about how great his trumpet looked when he saw it on the big screen. He used to make me giggle as he would go on and on about how big and impressive and shiny his horn looked. He spoke with the pride of parents watching their children at their first recital. Even though this scene was etched in my imagination, I was happy when I found the movie online and got a chance to see the scene for myself. He had passed away by the time I stumbled across the video, but I’ve watched it many times with a smile on my face.

Also while browsing the internet I’ve come across pictures and videos showing the face and movements of my father as a younger man. Those images only somewhat match the images in my little girl memories that have honestly begun to fade from my middle-aged mind. I’ve even come across a portrait of my father that an artist drew from his picture on the inside cover of a ’70s album. That inspired me to dig up the original album cover and compare the artist’s remarkable rendition. Sometimes I see and hear my father play solos on shows he did before I was even born. It’s like I have the ability to get a glimpse, in new and unexpected ways, of the part of my father’s life that I missed. I am happy that my children can share in this and am equally hopefully that my grandchildren will as well. It’s a unique way to be able to remember, celebrate and, yes, miss him throughout time.

Since he passed away, I share things about him with others, but of course, I keep special memories shielded in my heart and reserved just for me. Thanks to my mother, I still long for privacy, but I am glad that because of my father’s influence, I have learned to find a reasonable balance. “You never know who’s watching,” I often tell myself thinking of my mother, but then, thinking of my father I add, “Well, if I’m doing it right, probably everybody.”