You are here: Home / Blog / Let’s Just Leave Dr. Seuss Out of It

Let’s Just Leave Dr. Seuss Out of It 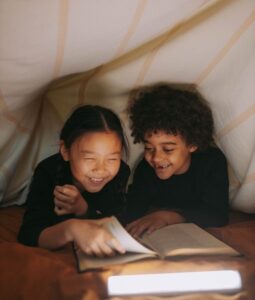 So, Dr. Seuss Enterprises decided to remove 6 books from publication. What would Dr. Seuss and his right to free speech say about this?

Well, if you want to know how a writer thinks, you just need to read and understand his or her works. What is instilled in us is what comes out of us one way or another and that includes our racial view of the world. Dr. Seuss’s racist depictions from his earlier creations came from a place of stereotypes and ignorance. However, his later works show that he had learned and, more importantly, evolved. Perhaps his friendship with a Japanese man, an “other,” was the catalyst for him to open his mind and, as a result, change his views. He actually made the decision to update one of his books to remove the offensive “Chinaman” wording and illustration.  He may not have stood in front of a microphone to tell us, but through his art we know something in him shifted.

Most complaining about the decision probably never even heard of the 6 books with racist imagery that will no longer be published. They are not his most popular stories. In fact, the general opposition may not know much about the author himself. If they did, they would know that Dr. Seuss progressed and would probably agree with this internal decision for the sake of his legacy- especially in this political climate.

Asians are being physically attacked, seriously injured and killed because of the racists “China flu” narrative adopted by too many Americans for political reasons. The message in Horton Hears a Who! (dedicated to his Japanese friend) says that he would disagree with that narrative. The message in The Sneetches (written during 50/60’s civil rights era) says he would be in favor of the anti-discrimination/anti-racist BLM movement, a cultural hot topic. Finally, Yertle the Turtle espouses the viewpoint of freedom against fascists or anti-fascism or….Antifa -another political flashpoint. These books are still on the shelves. Because Dr. Seuss evolved on the issue of race and justice, it’s hard to imagine he would be fighting to protect the ones with racist imagery. So, if we just want to remain divisive, we don’t need to use Dr. Seuss and children books as an excuse. We can just leave Dr. Seuss out of it.

The politicians and media misleading and angering those ignorant of these facts for the purposes of fundraising, high ratings and political gains should be ashamed of themselves. However, we as Americans and human beings need to be better (rise above) and do better (know the facts) and choose better. There are a lot of things we can choose to be angry about (and should be!), but the pulling of 6 children books that the author’s estate did not believe represented the author’s life’s work and legacy shouldn’t be one of them. If something shifted for the better in Dr. Seuss then, if we really want it, something could shift for the better in us now. If that happens, oh what a “Wubbulous World” it would be.