You are here: Home / The Writer / Avoiding Stereotypes for Characters of Color

Avoiding Stereotypes for Characters of Color 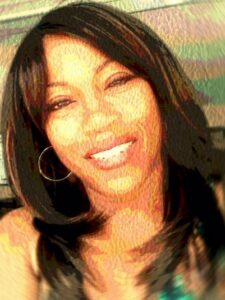 There is a saying in the writing community – show, don’t tell. This means that the writer should engage imaginations so that each reader can visualize the character for themselves. Rather than itemizing traits, like one might do for a grocery list, authors should use behaviors and dialog to provide descriptive insight into each character. The question then becomes, how can authors successfully develop characters, especially characters of color, without falling into the stereotype trap? Here are three tips for writers that readers will certainly appreciate:

1) Gather Knowledge: Write what you know. That phrase may sound cliché, but authenticity originates from personal knowledge. So, if writers are not exposed to diverse people in real life, then it can be extremely difficult to create realistically diverse characters on paper. The mistake of categorizing people based on biased and ill-informed beliefs is still a big part of society and, unfortunately, writers can transfer their own racial misjudgments onto their characters without realizing it. Therefore authors should personally seek out people of color and get to know them whether through friendship, interviews or research before creating characters and writing about their communities. In doing so, writers will be able to create a variety of authentic characters and escape the stereotyping, as no group of people should have monolithic cultural representation.

2) Balance: Don’t focus on the color or ethnicity, but don’t ignore it either. A common phrase that is often said to express an unbiased racial view is “I don’t see color,” However, in most cases if color is not “seen” then the entirety of the character is not seen either. Try to strike a balance when it comes to developing racially diverse characters. There are times when the character’s world view may be affected due to their racial experience. Even when race is not the focus of the storyline, authors should be aware that developments within the plot may require racial authentic while walking the line into stereotypes. For example if an African American character is having a family picnic and the author is describing all the food, should the author include the fried chicken and watermelon because it feels authentic or not mention it because it feels too uncomfortable? The answer to that may lie with the race of the author, but it shouldn’t. A lack of honestly in writing is just as troubling as the ignorance of the stereotype.

3) Reader Feedback: Use test readers to supply feedback on the authenticity of your characters. Even though writer’s groups offer to read and critique, there’s nothing like getting the feedback of a regular reader. Because while writer’s group comments may offer help in the way the peers can, individual readers can offer invaluable points of views to the overall story. It is best to find readers within your writing genre as they are very good at pointing out clichés and unoriginality of plot points. However, it is imperative to get readers of color to give honest feedback of the characters representing their communities. This is a good rule of thumb for any important element to an author’s fictional account, whether it’s for a character, location or plot. Often writing is having the ability to convey feelings and evoke emotions and if a writer can do that then they will have a story to be proud of.

As always, writers should never allow their “voice” to get lost in trying to please everyone. This is what keeps readers coming back to the same author. Know that at a certain point, there will be a lot of conflicting feedback to any story, but writers must learn how to evaluate which tips helps build the characters thus creating a stronger overall story. Good writers are open enough to use the feedback, but also know that every seemingly valid suggestion should not be applied to their characters. Your characters will be flawed and that’s a good thing in most cases. Readers will either love them or hate them, but it’s more important that they remember them.